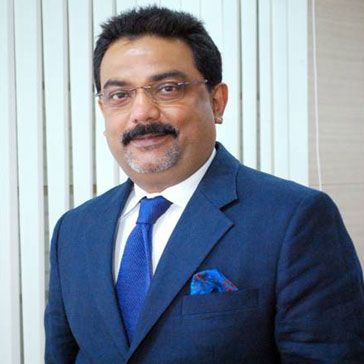 Chandan Chattaraj is the President â€" Global Human Resources of Uflex Ltd. Chandan comes with extensive experience in People Development and Change Management from varied industry sectors. His stint prior to Uflex was with Aircel as Chief Human Resources Officer where he led the HR Function and was also responsible for the Aircel Academy (Centre of Learning & Development). He has also worked with The Oberoi Group, Xerox India, Jubilant Organosys, Delphi Corporation, Asea Brown Boveri (ABB) and the Tata Steel in his professional journey thus far.

During his tenure, Jubilant (2004), The Oberoi Group (2009) and Aircel Ltd. (2011) were recognised as one of the Best Employers in India by Hewitt Associates. In 2005 Mid Day (Mumbai) awarded, Xerox India for "Innovative HR practices & Best re-invention of HR Function".

Chandan was conferred the distinguished Award of "The Most Powerful HR professionals of India" at the Asia's Employer Brand Awards by 'Employer Branding Institute and Stars of the Industry Group' at Singapore in 2010. He has been awarded with several other awards, "HR professional of the year" by World HRD Congress in Feb 2011, "HR Leadership Award" in 2014. He has been recognised as one of the "50 Most Talented Global HR Leaders in Asia" by CHRO Asia for two consecutive years 2014 and 2015. He has also been awarded for his inspiring leadership and unparalleled achievements under category "Business Excellence and Innovative Best Practices" by NDIM in 2015. Recently, he has been felicitated with "HR Leadership Award" and recognised as the "Best Transformational Coach" by World HRD Congress at Singapore.

Under his leadership, the Uflex HR team has won many accolades like award for Talent Management in 2016, Learning & Development Leadership award in 2015 by ABP News, Best CSR Practices Award 2016 and Most Caring Companies of India 2015 by World HRD Congress.

Chandan is an alumnus of Xavier Institute (XISS). He has also done intensive leadership training at the Centre of Creative Leadership (CCL) in Colorado (USA).